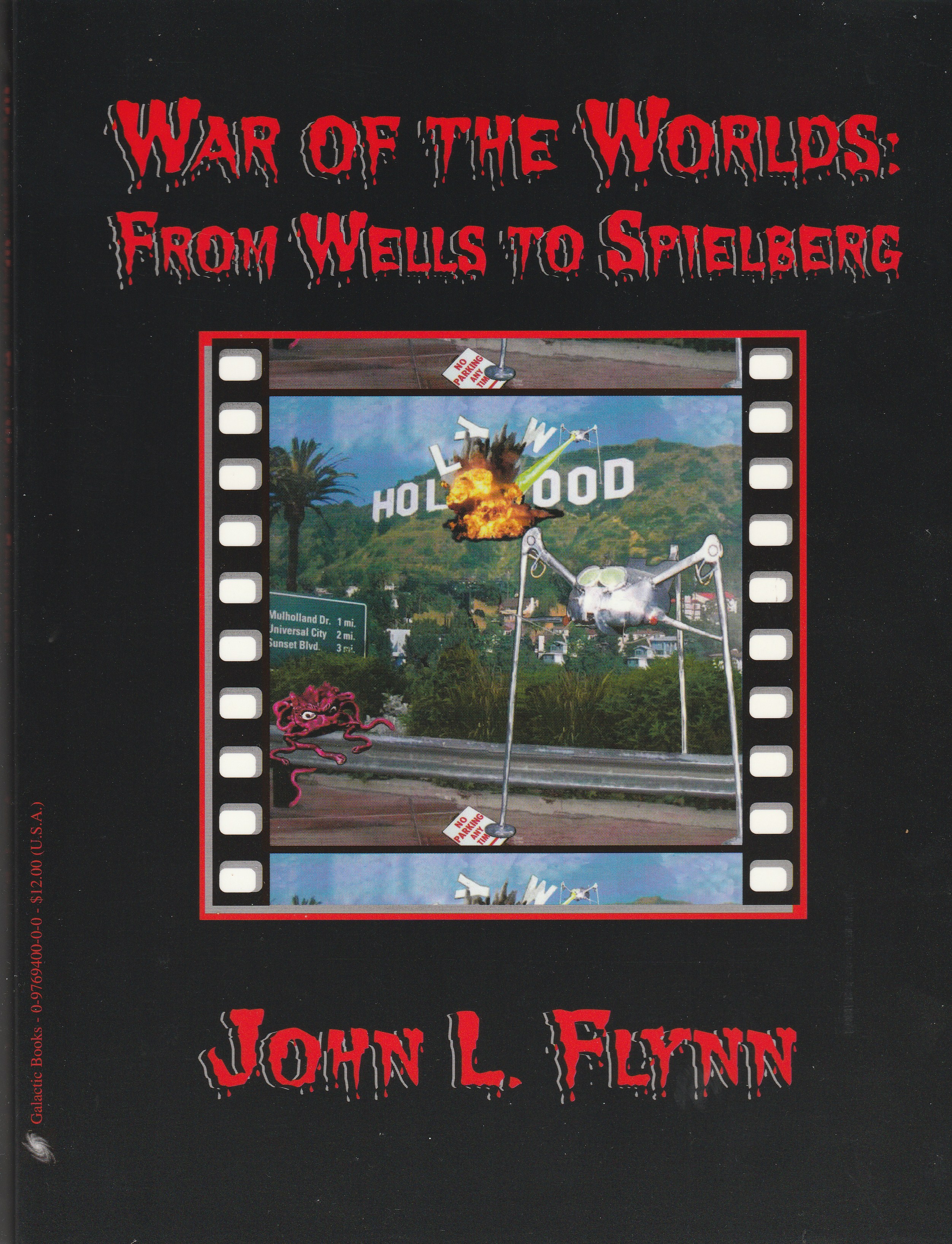 War of the Worlds: From Wells to Spielberg

Earth Invaded by Mars! Millions Incinerated by "Heat-Ray"! East Coast Cities in Flame! Panic Grips Nation as Martian Tripods Advance! -- Remember the headlines? They said it wouldn't happen again! But then, we heard, the Martians were coming back...and most of us were not ready for them! War of the Worlds: From Wells to Spielberg is a survival guide for those facing the next waves of the Martian invasion.

* Think you know what happened at Grover's Mill...think again!
* Find out the truth about the Orson Welles radio broadcast.
* Learn how George Pal kept Martians from destroying Hollywood.
* Listen to how Jeff Wayne captured the music of the Martians in his musical version of The War of the Worlds.
* Discover what Steven Spielberg doesn't want you to know about close encounters with aliens.
* Uncover the secrets of Roswell and Area 51.
* And just how did H. G. Wells stop the Martian invasion single-handedly?

The truth is not out there...but in this book. For more than a hundred years, readers, listeners, and moviegoers have been tantalized by the prospect of an invasion from Mars. When The War of the Worlds by H.G. Wells was first published in 1898, his Victorian audience responded very enthusiastically to the depth and resonance of Wells?s work because it reflected their fears and anxieties as they faced the turn of a new century. And while such scenes of mass destruction and death are all too familiar to us in light of what happened on September 11, 2001, they were startlingly fresh and nightmarishly overpowering to those living in 1898. Thankfully, his Martian invasion was the stuff of fiction, not prophecy, and his invaders never arrived with their death rays, tripod machines, and poison gas. But that has not stopped his tale of an interplanetary conflict from resonating with subsequent generations of people. From comic books to radio broadcasts, from movies and television to trading cards and Jeff Wayne's record album, the Martians keep coming back again...and again! This book is a tribute to H. G. Wells, his most famous novel, and those adaptations that have been inspired by it.

Galactic Books is proud to present War of the Worlds: From Wells to Spielberg by three-time Hugo Nominee John L. Flynn. This funny, informative and well-documented work tells the complete story with accompanying photos and illustrations, factoids, trivia, and interviews. Available for the first time, June 2005, the book is perfect bound,8.5x11, 200 pages, ISBN: 0-9769400-0-0, and retails for $12.00. Click Buy It Now to buy your copy, and be the first one on your block prepared for the next Martian invasion!