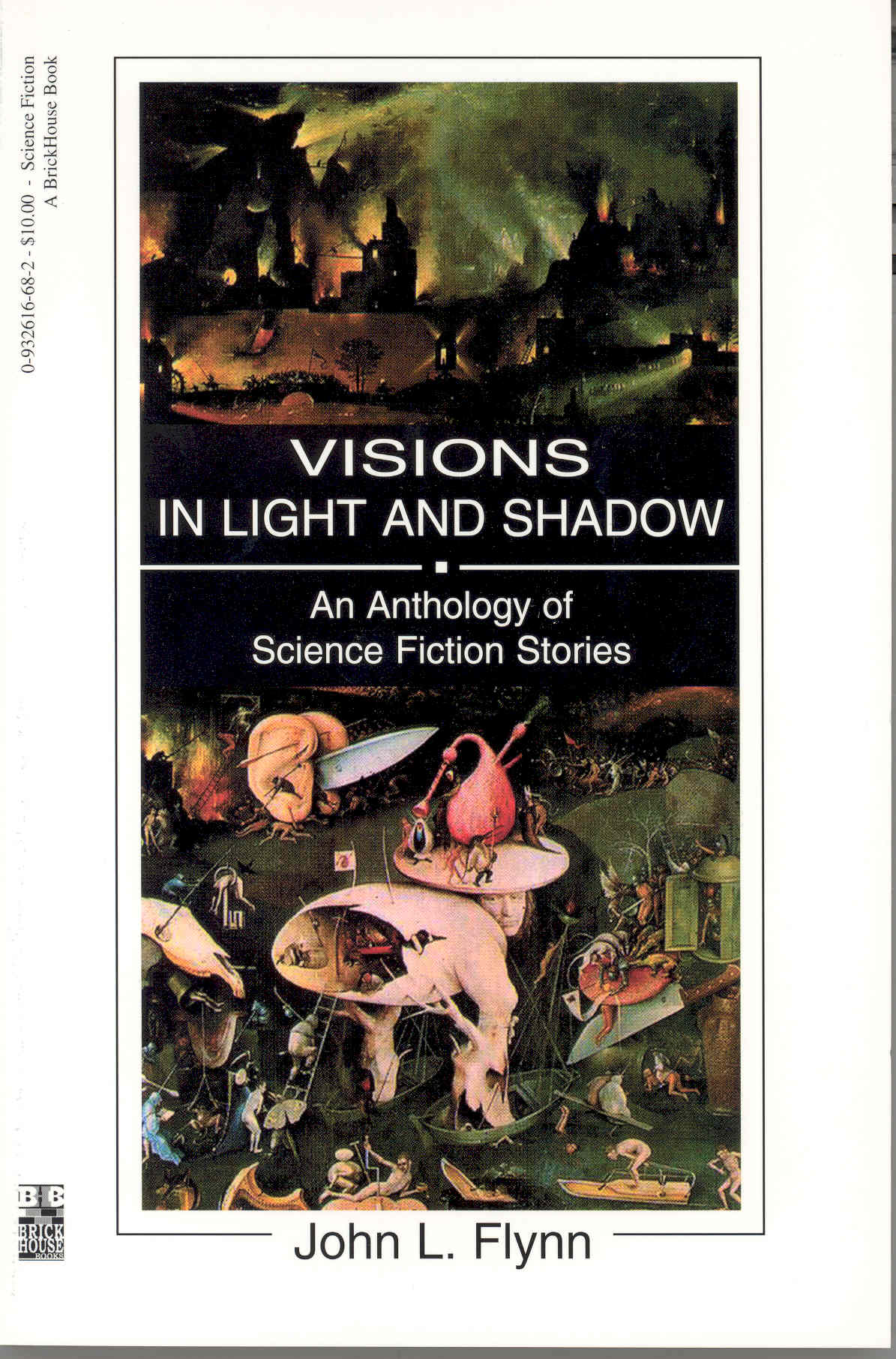 Visions in Light and Shadow

For thirty years, John Flynn's science fiction writing has captured the hearts and imaginations of people around the world. Just about everyone seems to like his refreshingly unique fantastic adventures and the breathtaking worlds of his writing.  This signed, limited edition book collects ten of John's most popular and unusual stories.  "Whom Gods Destroy" is a story about the last great library and the robot librarian that tended it, waiting after three thousand years for the return of human patrons; "A Study in Evil" is a short-short about the devil's son raising hell on earth; "The Jovian Dilemma" takes readers to the planet Jupiter where strange lifeforms had worked to halt the progress of a new mining platform in order to save their way of life; "A Gift of Verse," which was nominated for a Hugo Award as the Best Short Story of the year, introduces readers to a little girl, the survivors of a ravaged wasteland and their strange ritual of cleansing; "Night of Passage" is a vampire story set during Spring Break in Florida; "Interfacing Rush" is cyberpunk story in which two homeless vets struggle against a wicked corporate raider; "Satisfaction Guaranteed," another short-short, deals with gift return at a customer service desk of the future; "Solutions" presents the world's greatest detective with the most puzzling crime scene of his career; in "Count on Doomsday," Dracula must learn to cope with life on the day after, and "The Second Apple" is a surreal portrait of life a thousand years after civilization had fallen and risen again.  Available now!  The book is perfect bound, 6x9, 160 pages, ISBN: 0-932616-68-2, and retails for $10.00.