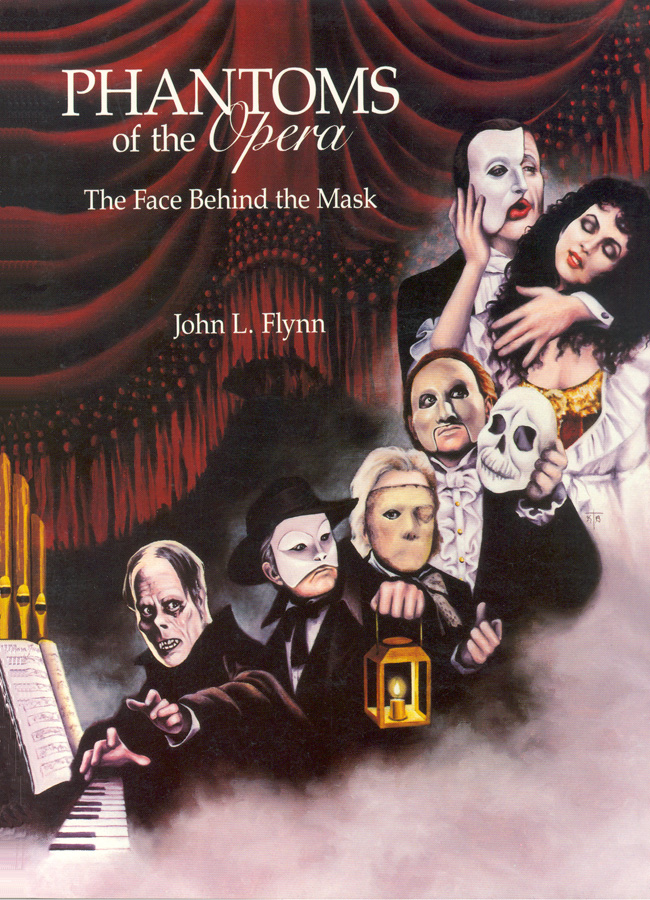 Phantoms of the Opera: The Face Behind the Mask

Revised and Updated, Phantoms of the Opera: The Face Behind the Mask (January 2006) includes lots of new material from the Gerard Butler-Emmy Rossum Phantom as well as dozens of other productions that had come out in the 12 years since the book was first printed. Mention The Phantom of the Opera at a dinner party, and each guest will have his or her own vivid, almost visceral, recollection of the tale of a disfigured musical genius and his unrequited love for a beautiful, young singer. Someone will undoubtedly pantomime the famous scene from the silent era film in which Mary Philbin (as Christine Daae) sneaks up behind the Phantom, while he is playing the organ in his subterranean lair, and unmasks the great Lon Chaney, revealing his horribly disfigured face to the audience and her. Another guest is likely to burst into song, recalling The Music of the Night from the Andrew Lloyd Webber musical. Still another guest may describe the scene in which the Phantom cuts the cables free and sends the magnificent chandelier crashing down upon the patrons of the Paris Opera House. The original story contains so many richly textured scenes that each of us, at one time or another, has been seduced by the Phantom, and embraced the dark, labyrinthine world of author Gaston Leroux. Most of the productions have been as equally rich with great scenes and great performances. This book is a tribute to Leroux, his most famous novel, and those adaptations inspired by it.

Galactic Books is proud to present Phantoms of the Opera: The Face Behind the Mask (Revised and Updated) by three-time Hugo Nominee John L. Flynn. This funny, informative and well-documented work tells the complete story with accompanying photos and illustrations, factoids, trivia, and interviews. Regrettably, the print copy of this book is now sold out, but for a limited time, an e-Book PDF of the book is available for use on iPADs, Kindles and other PDF readers. Use the "Buy Now" to purchase the e-Book securely through Paypal.