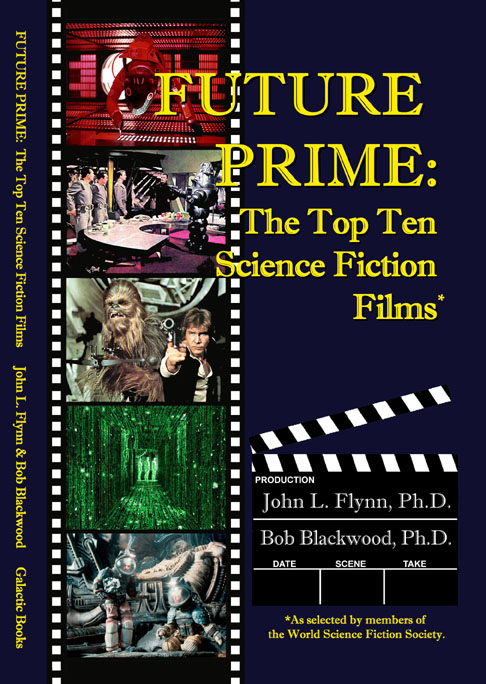 *As chosen by the World Science Fiction Society


Future Prime: The Top Ten Science Fiction Films (July 2006) by John L. Flynn, Ph.D. and Bob Blackwood, Ph.D. Science Fiction fans have spoken! Members of the World Science Fiction Society have chosen their top ten science fiction films. Some are familiar ones; some are surprising, while still others are quite controversial. The Film Doctors, John L. Flynn and Bob Blackwood, surveyed several thousand fans to compile a list of top favorites. Over the years, our popular culture has made celebrities out of film critics like Roger Ebert, Richard Roeper, Janet Maslin, Pauline Kael, and Leonard Maltin. We've endowed their "thumbs-up" acceptance or "thumbs-down" condemnation with the same sort of power that Caesars in the gladiatorial arena once had. But mainstream critics have proven time and again they just don't get the genre of science fiction. Only fans know what they like, and with this book, at last they have a voice!

Galactic Books is proud to present Future Prime: The Top Ten Science Fiction Films by three-time Hugo Nominee John L. Flynn and long-time film critic Bob Blackwood. The Film Doctors, as they are affectionately known in science fiction fandom, spent five years polling science fiction fans through the auspices of the World Science Fiction Society and researching this funny, informative and well-documented work. With 125 accompanying photos and illustrations, factoids, trivia, and interviews, you can forget every other list! This is the one that counts to science fiction fans. Regrettably, the print version is out of print; however, an eBook version for iPads, Kindles, and PDF readers is now available.