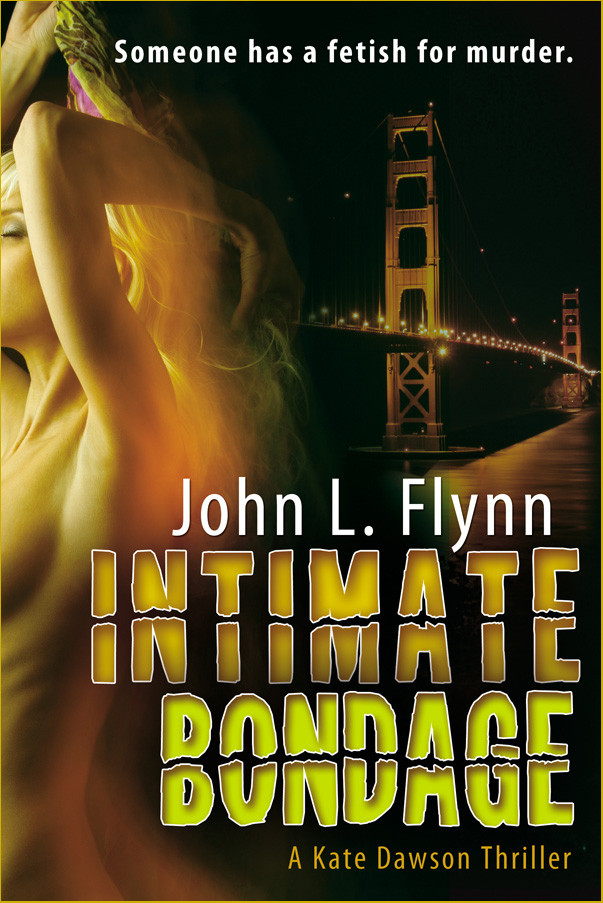 Intimate Bondage (June 2014) by John L. Flynn is the first of a series of suspense-thrillers featuring Inspector Kate Dawson, a beautiful but flawed homicide detective with the San Francisco Police Department who lost her daughter in a senseless shooting with Kate's own service pistol. Now Kate has the chance to redeem herself by catching a serial killer who has a fetish for murder. In the course of her investigation, she meets John Monroe, a psychology professor with a penchant for mind games and an intimate knowledge of the BDSM community that Kate must penetrate in order to catch her killer. Within days of meeting Monroe, Kate Dawson's world is turned upside down, and she finds herself not only fighting for her own life but also the love of the professor who becomes entangled with the serial killer. Written by three-time Hugo nominee John L. Flynn, Intimate Bondage is an erotic thriller in the tradition of the great Alfred Hitchcock, with a strong female protagonist, a clever but dangerous antagonist, and a series of unnerving twists and turns that build to the ultimate shocker of an ending. It is also a story of love, trust, betrayal, courage and redemption, and that fine line between intimacy and truly knowing someone.

Click here to purchase a Kindle version or Paperback version from Amazon.com

Click here to purchase a Nook version or Paperback version from Barnes & Noble.


Kate Dawson returns in Architects of Armageddon; the new book was published on June 28, 2017, by W&B Publishers . Kate Dawson is trying to stop a dangerous religious cult from triggering World War 3 with San Francisco as "ground zero," and Murder on Air Force One, to be published later in 2017. Kate Dawson finds herself investigating the murder of a beautiful television reporter on board Air Force One, with the new female President and her adulterous husband as two of the prime suspects.